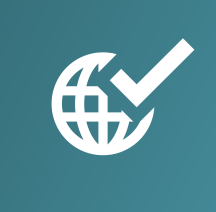 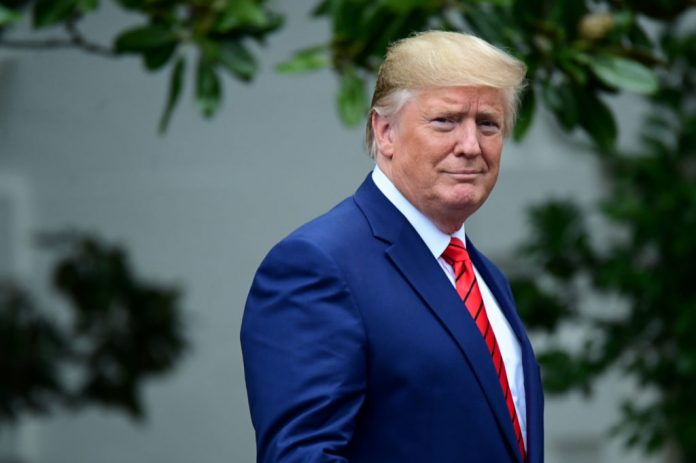 Conservatives have been waiting for some explosive information to drop after listening to the leaked audio of President Trump speaking with Georgia Secretary of State Brad Raffensperger.

The phone call, which included the president, Raffensperger, White House Chief of Staff Mark Meadows, and several lawyers for each side, was leaked the the press, presumably by someone within the Georgia Secretary of State’s Office.

At the start of the call, President Trump got straight to the point by listing several serious issues with Georgia’s presidential election.

“So we’ve spent a lot of time on this, and if we could just go over some of the numbers, I think it’s pretty clear that we won. We won very substantially in Georgia. You even see it by rally size, frankly. We’d be getting 25-30,000 people a rally, and the competition would get less than 100 people. And it never made sense,” the president said.

After discussing the evidence of fraud and irregularities in the election, the president asked Raffensperger an important question.

“Brad, I think you agree with that, right?” Trump asked.

President Trump repeatedly asks these types of questions throughout the phone call, leading many on the right to speculate that he has information that corroborates his allegations, and is trying to catch the Georgia Secretary of State in a lie.

Near the end of the call, the president drops the hammer on Raffensperger. He is not doing his job, and Trump is not afraid to tell him that. There should be a full signature audit of all ballots in the state, because something isn’t right.

“It’s a disaster. Look. Here’s the problem. We can go through signature verification, and we’ll find hundreds of thousands of signatures, if you let us do it… But you didn’t do that in Cobb County. You just looked at one page compared to another. The only way you can do a signature verification is go from the one that signed it on November whatever. Recently. And compare it to two years ago, four years ago, six years ago, you know, or even one. And you’ll find that you have many different signatures. But in Fulton, where they dumped ballots, you will find that you have many that aren’t even signed and you have many that are forgeries,” President Trump said.

“And they’re going around playing you and laughing at you behind your back, Brad, whether you know it or not, they’re laughing at you. And you’ve taken a state that’s a Republican state, and you’ve made it almost impossible for a Republican to win because of cheating, because they cheated like nobody’s ever cheated before,” the president added.

Trump also called Raffensperger out for illegal acts taking place in Fulton County, where ballots are reportedly being shredded before they can be examined.

And you are going to find that they are — which is totally illegal — it is more illegal for you than it is for them because, you know what they did and you’re not reporting it. That’s a criminal, that’s a criminal offense. And you can’t let that happen. That’s a big risk to you and to Ryan, your lawyer. And that’s a big risk. But they are shredding ballots… And they are removing machinery, and they’re moving it as fast as they can, both of which are criminal finds. And you can’t let it happen, and you are letting it happen… So look, all I want to do is this. I just want to find 11,780 votes, which is one more than we have because we won the state,” Trump added.

The president also noted that a large batch of military ballots, which usually lean Republican, came in “100 percent for Biden.”

Ryan Germany, general counsel for the Georgia Secretary of State’s Office, responded to these serious allegations with a generic statement: “We’re looking into every one of those things that you mentioned.”

Later in the call, Mark Meadows wanted to know if Raffensperger would actually do his job as secretary of state and open investigations into the allegations in a timely manner.

“What I’m hopeful for is there some way that we can, we can find some kind of agreement to look at this a little bit more fully?” Meadows asked.

In response, the RINO Secretary of State claimed that Georgia’s election was completely secure, avoiding discussions about the actual evidence and claiming that all of the president’s allegations were false. Of course, he did not provide any data to back up his position.

Georgia-based attorney Kurt Hilbert and President Trump both called out Raffensperger for not providing any internal data about the election that could be used to prove the claims true or false. According to Hilbert, he requested the information several times, but has been “rebuffed every single time.”

Again refusing to provide specific answers, Germany said: “Well, that’s not the case, sir. There are things that you guys are entitled to get. And there’s things that under law, we are not allowed to give out.”

“It sounds like we’ve got two different sides agreeing that we can look at those areas, and I assume that we can do that within the next 24 to 48 hours, to go ahead and get that reconciled so that we can look at the two claims and making sure that we get the access to the secretary of state’s data to either validate or invalidate the claims that have been made. Is that correct?” Mark Meadows said, appearing to try to smooth things out between the two sides.

“I don’t think we can give access to data that’s protected by law. But we can sit down with them and say —” Germany said.

From the audio of the phone call, it seems that there will be no agreement between the president and the Georgia Secretary of State, and that any data that could prove or disprove these allegations will not be provided willingly. Raffensperger and his allies have made it clear that they want to sweep all of the allegations under the rug, rather than actually investigating anything.

Before his Twitter account was suspended, President Trump tweeted about the phone call, writing: “I spoke to Secretary of State Brad Raffensperger yesterday about Fulton County and voter fraud in Georgia. He was unwilling, or unable, to answer questions such as the ‘ballots under table’ scam, ballot destruction, out of state ‘voters’, dead voters, and more. He has no clue!”

Mark Meadows’ and President Trump’s tone and line of questioning have led many on the right to speculate that they have more information than they are currently revealing.

Jim Hoft, from The Gateway Pundit, shared information in a tweet that may corroborate the theory that the Trump administration has evidence of the corruption of Georgia’s election and Brad Raffensperger.

Report: White House Planning to Refer Brad Raffensperger to Secret Service for Investigation Under the Espionage Act via @gatewaypundit https://t.co/zZeDw9soRq

Here is the full audio of the leaked phone call: 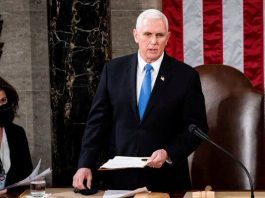 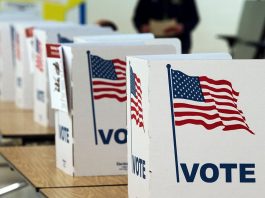 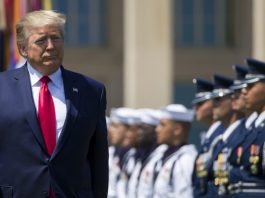