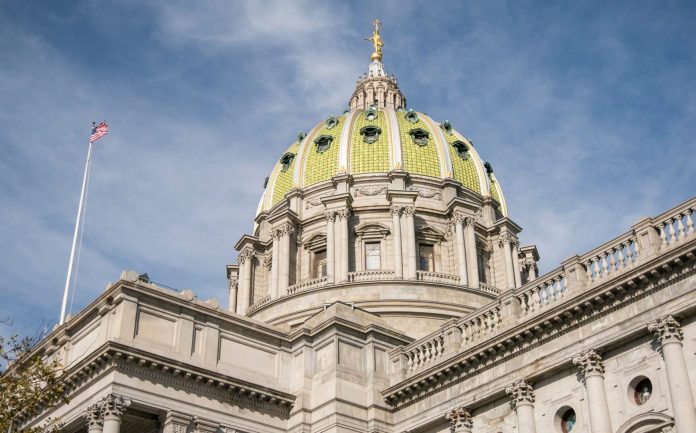 In yet another bizarre turn of events, a GOP House member has suddenly died, and the media is blaming COVID.

Representative Mike Reese, who was elected to serve as the Chairman of the Pennsylvania House Republican Caucus in the 2020-2021 session, was 42 years old at the time of his passing.

According to a statement posted posted on Reese’s official House website and his Facebook page by Representative Kerry Benninghoff, the Pennsylvania House Majority Leader, Reese “died peacefully with his family by his side Saturday afternoon at Excela Health Westmoreland Hospital in Greensburg following an apparent brain aneurysm.”

On December 7, Reese announced that he had learned that he tested positive for COVID, and had been quarantining for the past week after learning he had been exposed to the virus.

Reese was first elected to the State House in 2008, and had previously served as the House GOP Caucus Secretary during the 2019-2020 session.

“I have known Mike since he took office in 2009 and have been proud to witness his many legislative accomplishments, especially his tireless work on behalf of Pennsylvania’s students and families. Mike was a model legislator who thoughtfully put his constituents first. His spirit, presence and counsel will be sorely missed,” Benninghoff said.

Mike Reese is survived by his wife Angela and three children.

The mainstream media has been quick to report on Republicans dying from COVID. This may be another case of media misinformation, just like the case of Representative-elect Luke Letlow of Louisiana, who passed away from a heart attack on December 29. He had previously tested positive for COVID, and the media immediately ran with the story as a COVID death.

Reese’s family has announced that he had passed away after suffering an apparent brain aneurysm. Though he had tested positive for COVID before his passing, it wasn’t the direct cause of death.